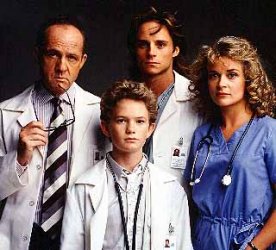 I realized today that I stopped writing. I used to write about anything and everything. Maybe I forgot what shaycam.com was for. When I started shaycam I just wanted a place to share my thoughts on anything and everything. Now, so many times I fear that I have nothing good to say, nothing worthy of someone’s time. I think to myself, “well.. I don’t want to post today, no one will have time to read that pointless banter..” Yet, that’s not the point. Maybe it’s actually that shaycam is more for me than it is for others. It’s not a pride thing, it’s just sometimes I need to type and think out loud. And whether someone joins my thoughts by reading it, then that’s cool. Actually, it’s a lot like Doogie Howser. At the end of every show we would see Doogie (a teenage doctor), typing away at his computer. Typing about his day, typing about his previous experience. They were his thoughts, and just because we were able to sneak into his room and see what he was typing was cool. It was cool with him, and it was cool with us. That’s what I wanted shaycam to be. I would always tell my mom that I wanted a computer like Doogie Howser. Well, I’ve got one, and I need to continue my quest to be like Doogie (which is a great name for a human being, might I add). Just had to get that off my chest. I look forward to many “open-minded” thoughts on shaycam.com.

As well as writing whatever, whenever, I used to draw things on paper because I didn’t know how to. I really felt that if I tried hard enough I would one day start drawing incredible portraits of people with sweet shading and features. Unfortunately, that’s not how it works, at least for me. My friend Zach could always draw. It was frustrating growing up around someone that would “sketch” something I probably wouldn’t be able to draw in my lifetime. That’s probably why I got into photography. I figure, let God do the drawing/designing and I’ll take photos of it. Many people have very successful businesses in photography doing just that. I guess we’re always steal God’s ideas anyway, it’s not like we came up with a tree, or even sky.

4 replies on “Doogie Howser Was My Friend”

And Glory be to God for who you are and the inspiration you are to those around you. Keep up the faith Shaycam and remember the Lord made you for His enjoyment and His glory.

Know this you are an inspiration to me and in a way you are one of my heroes of the faith.

ummm… my comment would be that I’m not quite sure Bethany shares in your “like” of the name Doogie. Definitely no kids after that name right?

p.s.s hey next week you can write on your first married trip to the pumpkin patch with a wonderful family beside you both!

there is a dog in the apartment. can you hear it?

hey im abe’s cousin in Lou. Ky. I check your blog daily…i find much enjoyment from it. It sooths my brain.