No, I’m not saying goodbye, it’s just the title of the final record from one of my favorite bands of all time, a band called Bleach. Yesterday I went and bought it. It’s been a sad couple of days as I have thought back through my life from junior high on. That’s when I bought the first Bleach CD. They have a total of six albums and I own them all. I never actually got to see them live, because the one time I was going to do so I basically broke my leg in a soccer game (to the point where I had to have an ambulance come to the field). It was my freshman year in high school. But I still went to the show that was over an hour and a half away. We missed Bleach, but we got to hang out with them for a couple of hours which was just as cool; now that’s punk rock.

The final song called “Farewell Old Friends” is really a song for anyone who has liked this band at one point. Though I don’t intend to do a review of this record, I am saying that the lyrics to that song have definitely made me a bit emotional the past few days. We don’t talk like that anymore, “Farewell Old Friends,” do we? It’s more of a 1700’s saying in my mind. But I must say that it is a sad day in the life Christian music. I can officially say that I have been alive and enjoyed the entire life of a band, and a band that is committed to Jesus Christ. Who is your favorite band, maybe a band that has impacted you, or that you just enjoy when everyone else might not? 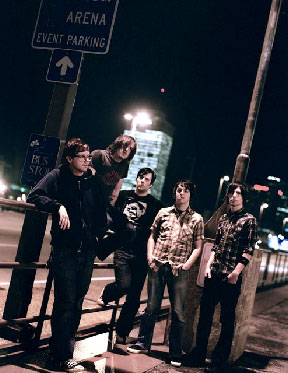 So though I’ll be back sooner than later, this is in memory of my favorite band:

what did they break up or all die in a crash?