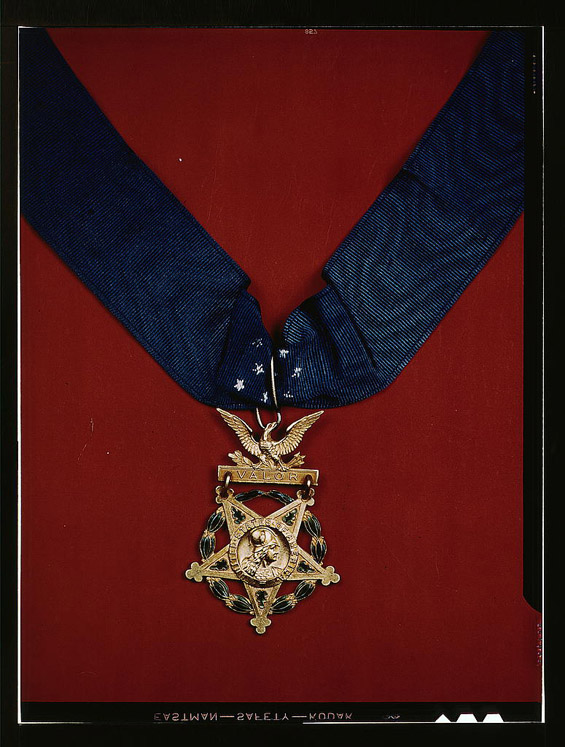 If you Google “medal of honor” you’re confronted with some very interesting results. The first two (three if you count the “sponsored link”) are links to a popular video game with the same name, and the third result is for the “Congressional Medal of Honor Society” which was created by the U.S. Congress to remember the recipients of the highest award given to U.S. military personnel — that is, the literal Medal of Honor. This might be confusing to some, but not to Google. Google is just returning back what it thinks are the best results of what people are searching for. But Google’s results illustrate this reality: we live in a confused culture. Confused over what? The simple answer: everything. We are a culture that doesn’t understand parenting, gender, race, sex, death, development, God, religion, and many others. But in the case of the medal of honor, we are confused over reality, or said another way, we’re confused over what’s real and what isn’t.

Staff Sargent Sal Guinta is the first living person since Vietnam to awarded the Nation’s highest medal, the medal of honor (you can watch his personal account of the story in this video). Three years ago he bravely fought off the enemy in Afghanistan and his story, though heart-breaking, will give encouragement and hope to many Americans. It’s the story of a real young man, with real strength and valor, doing something that few would ever do. He stared down certain death and risked his own life for his fellow soldiers and his country. Even in his own words, he believed he didn’t deserve the medal, but wanted it to represent the many other who fought along side him and those who are still fighting today. He sounds like a humble and self-sacrificing man, and I personally want to thank him for his service to the United States. But as I listened and read his story, I couldn’t help but think that so many other young men are out there right now, sitting behind a screen playing a video game that, though entertaining, doesn’t teach them anything about life in the real world, with real pain, and real risks. I like the way one former Marine officer Benjamin Busch put it in his article “Why A Video Game Does Not A Soldier Make”, he says

“Playing and risking your life are different things. In the video war, there may be some manipulation of anxiety, some adrenaline to the heart, but absolutely nothing is at stake…A video game can produce no wounds and take no friends away.”

Some young men probably stood in long lines back in October waiting for the release of the latest “Medal of Honor” video game. Many of them probably didn’t even hear about President Obama awarding the actual Medal of Honor just a month later. But then again, there’s really nothing exciting about an old guy giving some young guy a little necklace, right? Wrong. My concern is that young men today don’t know anything of the bravery, valor, or even honor displayed by Sal Guinta. And what they do know of it is probably highly distorted. While they sit at home in their bedrooms playing video games created by companies that spend millions of dollars to create reality, there are real men and women risking their lives every day, many of whom have left their friends and family here and aren’t guaranteed a return ticket home. Again, officer Busch’s comments are relevant,

“And for those who truly want to play for a Medal of Honor, recruiters are standing by. Only eight have been awarded since we invaded Afghanistan. All but one have been posthumous.”

It’s easy to live in a confused culture and not see the weird dichotomy it creates at times, or the blurred lines of reality and fantasty. As I look forward to training and educating my own son about the world around him I would do well to see the problem here and make the necessary adjustments. I hope and pray that he would grow to understand that there’s more to life than entertainment and that he would always separate what’s real from what isn’t, even when the lines look blurred. More than that, I pray he would be a man of great courage, valor, and honor — not just for his country, but for his God who deserves far greater allegiance.