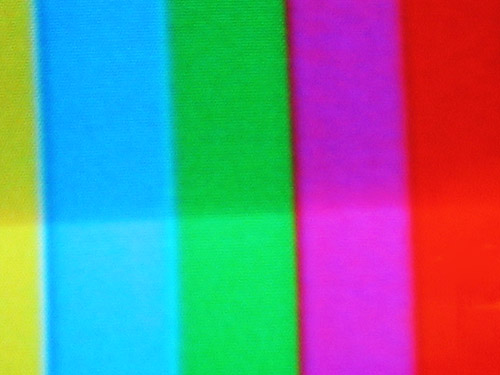 Ever since the WGA strike ended this week, everyone’s wondering when their shows will return. Here’s my list of the 5 shows I want back and when they’ll actually be back — plus a few words of my own:

1. 24
Expected return: January 2009
Season 6 (the last season) was probably the worst they had made, but I was looking forward to seeing Jack Bauer in Washington D.C. I’m sad we won’t see it for eight months, but hopefully the writers will have had some time to think through how to recreate blowing things up, assassinating the President, and always making sure Jack comes out alive.

2. The Office
Expected return: April/May 08’ (6 new episodes)
Probably the most unfortunate loss of the strike were my Thursday night meetings with the good people at The Office. My wife and I have definitely enjoyed watching the first 3 seasons on DVD, but when when we ran out of discs it was a sad day. The Office is easily the funniest show on television right now and I can’t wait to see that look on Jim’s face when the expected unexpected happens.

3. Heroes
Expected return: Fall 2008
The nerds go back and forth whether to love or hate this show, which is to be expected. Anytime you have comic book loving, super hero believing, video game worshiping guys running around talking about TV, you’re bound to have some fanatics. But I’ve enjoyed this show immensely. It’s got tons of layers, great character development, and freakin’ sweet powers. Plus… I miss Monday nights hanging with Gary.

4. Pushing Daisies
Expected return: Fall 2008
The irony for me with this show is that I watched the entire season online — which is exactly what the writers were striking against. But this is probably the most under appreciated show on TV right now. Visually, the show has Tim Burton written all over it and he’s not even working on the show. It’s almost like watching a dreamworld. The story line is seriously great… basically: Some guy can touch people and bring them back to life. That is, he can bring them back to life forever or for a minute. Exactly 6 months, 2 days, and 98 seconds until we see this show again (well, not exactly I guess — you just have to see it).

5. Everybody Hates Chris
Expected return: maybe Fall 2008
Everybody Hates Chris is the ghetto version of The Wonder Years. This, like Pushing Daisies, is a show I don’t hear people talking about — which surprises me. Chris Rock is at his finest (and cleanest) and it bums me out that more people don’t watch this one. It’s truly a family show and the added commentary by Chris Rock is seriously hilarious. If you haven’t seen it, set your Tivo for Fall ‘08.

That’s all for now. I really don’t have time to watch much more than that. As it is I’m speeding through commercials on the Tivo trying to turn hour long shows in to forty minutes and thirty minute shows into twenty. But I do look forward to seeing these shows come back on the air…. a little entertainment never hurt anyone.

3 replies on “Done With Reruns”

Ok Dude, I have it from an inside source that 24 is trying to get a the season they started before the strike to the TV by September 2008. They will then come back with another season at their normal time in February either breaking super Bowl Sunday or the week after. This is between you and me……….and I guess anyone who reads this.

Thanks for the inside information. I am just thankful to have LOST. I miss Jim too though.

I can’t decide if that or Chuck is my favorite new show of the season. Unfortunately, neither will be back until fall.