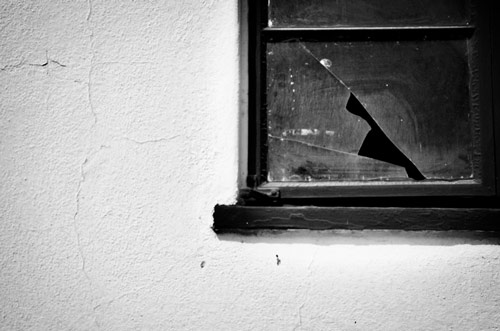 Youth culture and education are a few items that I always find intriguing. In college I majored in education with an emphasis on youth and whenever I come across an article or news item that deals with any of that, my attention is grabbed right away. A couple of days ago I ran across a piece by a Canadian website called “The death of the teenager?” and my mind has been racing. Not because these are new concepts, but that I believe that some of these ideas are Biblical in nature, yet the author gives no credit to the Scriptures.

Dr. Robert Epstein is an author and director of behavioral studies at Cambridge and has some very intriguing thoughts on youth education and the place of the “teenager” in our society today. Basically, he believes the “teenager” is something made up and really shouldn’t even exist. His argument is our modern culture has put this younger adult in a weird middle phase of life that has no responsibility, no freedom, and no value. Dr. Epstein said he came to this conclusion by watching his own son’s development, as well as doing many surveys and tests that compare young people to “real adults.” His findings were negligible. The claim was that on certain issues the teenagers scored higher than most adults on issues ranging from life, family, and politics all the way to business and economics. Therefore his only conclusion was that there may not be a difference between their abilities, just the time at which they were able to use them all. Dr. Epstein’s proposed plan of action would be to change laws to allow young people to vote, buy homes, and even drink at younger ages, only if they have proven that they are responsible. He says we would start seeing an “ageless society” that parallels the older model of young people that marry and own businesses at very young ages. Education would not be something that was always done in the classroom in his mind, but something done over a lifetime. Apprenticeships would be more common and the classroom would be for those students who learned better in that environment, based on their learning style. All of these ideas I find quite impressive… but really, these are not new ideas. What strikes me so much about this is one of my professors in school, Dr. Rick Holland, had the exact same view, only he didn’t have to do a bunch of research to figure it out.

I’m not against research and the ability to reason some of these ideas out, that’s not my point. What my professor in college pointed out in class was that what Dr. Epstein is finding is exactly how the Jews did things in Bible times. As soon as a young man or woman reached the age of 13, they were considered an adult. It’s not that something magical happens at 13, but that in their culture those men and women would be treated as adults and have the same responsibilities and rights as adults. There was no “middle period” for the Jewish children. But let’s be honest. These children were ready for adult hood. The Jews didn’t wait to put their children in to their schooling. Most of them were memorizing entire books of the Bible and learning the language very early on. Some had multiple Bible books memorized by the time they were eight or nine years of age. When they reached 13, they were ready to be treated as adults. Even as we look at history this was the case in many families. The great theologian Jonathan Edwards went to Yale college at the age of 13 and was already studying the Hebrew and Greek languages. At that time, Yale required all students and staff to speak Latin in and out of class. That’s the level they were held to. The sad part is, I can barely speak English and I’m a college graduate (not of Yale, but you get the point).

The truth is, our culture has lowered it’s expectations of youth. We have degraded them and put them in their own little sub-culture and have told them they’ll be fine when they reach the ripe age of 18. Apparently at 18 everything will be just right. You’ll be able to vote, own property, take out a loan, and even purchase cigarettes. Yet, just like the age of 13, nothing magical happens. You don’t suddenly wake up the day of your 18th birthday and have everything figured out and are now completely responsible. It’s just our nice American culture says that you should be able to. This is where I think we need a change. We need a change of heart when it comes to these people. We can continue to push this “age of responsibility” back, but the reality is we need to push it forward. I like the idea of doing away with the concept of adolescence. Doing away with this thought that these teenagers won’t be able to handle what the world has for them. Of course this would mean changing the way we educate people. It would mean a changing our attitudes about the maturity of these young people. It would take a lot of time to turn the thoughts of an entire nation around concerning so many young people who could be used as valuable citizens, businessmen, homemakers, athletes, and even pastors and teachers. Maybe I’m rambling, but don’t take me wrong. I don’t think this could happen tomorrow. I think it would take years to see a change like this, but I do believe it is possible. It’s amazing what a young mind can do. It’s incredible how the Lord has created us to be able to retain even our own language at ages like 2 and 3. To be able to understand math, science, and other subjects at very young ages.

At the end of it, I think this discussion is really for me. I’m just trying to mold and shape my own thoughts about youth, but it’s something I really do care about. I care about it, because I think we are failing at seeing this in the church today. So many churches have bought into this concept and the youth ministries have become baby sitting centers for 15 year olds. So many churches have bought in to the idea that the youth won’t be real “church members” until they are 18+. Yet, these young people are vital to the church. They have ready minds to learn and they have ready hearts to serve. We just need to help train them and give them some serious responsibility. We have to help them grow and serve alongside them. We have to call them to a higher standard, because I truly believe if we did, they would rise to that standard. In so many ways, there are teachers and coaches at their schools that call them to a higher standard than the church does. Maybe if we just took a look in the past (like the Jews) we might realize just what we’re missing out on. That is, we’re missing out on seeing the Lord use these young people in mighty ways and seeing how the Lord has made each one for His glory.

3 replies on “The Teenager: But Why?”

ok, Shay you have so many good thoughts packed into this one I couldn’t even begin to comment. All I will say is this sounds like someone who is getting ready for a role as “parent”. ;)

Good thoughts, shay. Keep wrestling with this stuff and taking it to prayer that you would be discerning whether of Holland or this gent from Oxford. I wonder if one of the challenges we face is that we view our christianity (adults that is) as a system where success is the goal and responsibility quickly becomes a burden. We don’t invite those kids into the greater story of what God is doing, where it is about Him and not about them, because we don’t understand it ourselves. It is not that we only need to change how we view youth; but we as a church have much to grow in breaking of a business, structuralist view of reality and church and God.