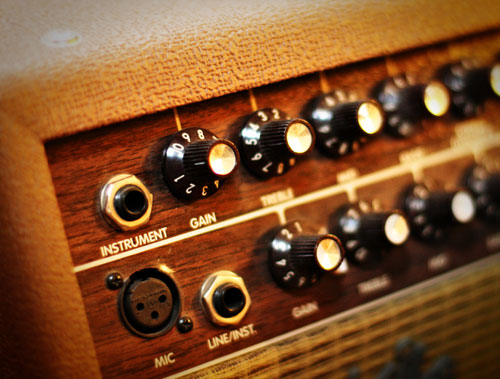 Never before today have I had a reason to share this story with my blogging friends. That is until now…

About nine months ago I took a job with a company called Amp’d Mobile. They hired me as a designer for their web department. Though the job was really only 30 miles away, the traffic in the Los Angeles and surrounding areas made it an hour and forty-five minute commute, one way. But the pay was fantastic for a guy my age and with the little experience I had, so I took the plunge as a commuter on the 405 freeway and went to work faithfully every day. My job was very cool. I worked with bands/artists material and created the specific branding for those artists on the Amp’d web pages. The people I worked with were some of the best designers I have met and were all very gifted. Though the hours at work were longer than I expected and the three hour commute wasn’t my idea of a good time, I worked hard because I wanted to provide for my family and honor the Lord.

A few days into my job I was asked to make a few edits on some photos. Of course, my first reaction was to say “sure, no problem,” but my producer followed his question with “oh… it’s just some girls in bikini’s.. you don’t have a problem with that do you?” This new knowledge changed my response rapidly and I replied, “actually, I do.” I think at first he was surprised that I wouldn’t work on that kind of material, but he said “ok, no problem… I’ll take care of it.” There wasn’t another conversation with him about it and so I figured it was no big deal. A few days later that guy was fired for reasons that are still unknown to me, but they had something to do with his previous performance and nothing to do with me. So the web department was joined with the print department and we were all one happy family. That is until about three weeks into my new job.

Quite literally as I was sitting at my desk working hard on a new motocross ad, the art director said “Shay, come in to my office.” At first it kind of scared me because not only was he behind me and I didn’t see him, but he never really said that to anyone before. Yet I was sure I had done nothing wrong, so I went in like he asked, and that’s when things got serious. He told me that he had heard about my unwillingness to work on the “mature content” (as they called it). He continued by adding that if I wouldn’t work on that material that basically I wouldn’t be doing the job they hired me for and therefore could lose my job. (This is kind of like the point where your little “shoulder angels” pop up). My stance was firm. I would not work on their adult material even if it cost me my job, and I made that clear to him right there in his office. He said he understood and followed that by “let’s go,” and we walked straight from his office to the HR office where they were waiting for me to sign paperwork and cut me my last check. HR apologized and said, “we are learning to.” They said as well that they were going to start telling people about this material in the interview process in hopes of thwarting any other “Shay’s” that might work there. Furthermore, HR stated that they were working on some bigger deals with some adult entertainment companies and there would only be more of this kind of thing. They cut me a handwritten check right there, I signed some paperwork, packed my stuff, and I left the office at noon that day for the shortest drive home in history.

I have spared some of the details for sake of your time and mine, but that’s the gist of the story. I left work that day without knowing what the Lord would do with me or where he might lead me next. Yes, it was scary, and yes, it was difficult. I definitely shed some tears on my drive home, but I knew I couldn’t compromise my faith for a paycheck. Now fast forward to today. I’m currently employed full-time at a company I probably couldn’t even dream up. I have a sweet job that’s only 10 minutes from home, they feed me lunch every day, and I will never have to work on anything remotely close to adult material.

Finally, I read this article just yesterday. Amp’d Mobile declared bankruptcy. Apparently if your customers stop paying their bills, it’s a bad thing for business. You might call it poetic justice for wrongfully firing me, but I honestly see it as the sovereignty of God. Now, let me be clear. I don’t want to laugh and scoff at them because of their unfortunate business circumstance. As I stated earlier, the people who worked there were very talented, and I hope they don’t lose their jobs. But it does make me see the Lord’s hand upon my own life. How he can make things happen and grow my faith so I can see more of who He is. I couldn’t be in a better workplace then where I am right now, and had it not been for Amp’d Mobile, I probably would’ve never gotten my new job. Everyday the Lord allows evil to continue on this Earth, but every now and then he has to stop it. I don’t know the future for Amp’d Mobile, maybe they’ll get back on their feet. But what I do know is that God has His hand upon his children, and when they seek to obey him, He will honor them. I hope that you understand that I am not saying this in a prideful way to exalt myself with this story. I am sharing with you some things I am learning about my great God and how much he loves His kids.

4 replies on “Amp’d Mobile and the Sovereignty of God”

I just got goosebumps.

I appreciate your question. Let me be clear that I did clarify that “Everyday the Lord allows evil to continue on this Earth…” Though he allows evil, it does not take away from His sovereignty.

Porn companies make money because there is money to be made in that industry. And if we really wanted to break it down, there’s money to be made because there is evil in this world. As long as evil (sin) remains, so will the organizations and companies that make money from it. It disgusts the Lord, we know that, but it’s also an act of mercy for those who don’t know Him yet. He could judge those who distribute this material any time He wanted. Yet He desires all people to come to Him for life, but until they do and He calls them to Himself, they will wallow in their sin.

I understand this could be a hard issue to grasp and it’s not something I am any expert in. I would suggest watching or listening to “Ten Aspects of God’s Sovereignty Over Suffering and Satan’s Hand in It” by John Piper. He does a great job of defining what the sovereignty of God is and it would be a helpful resource for you.

I hope this little comment has helped your question, feel free to comment if you have any other questions.